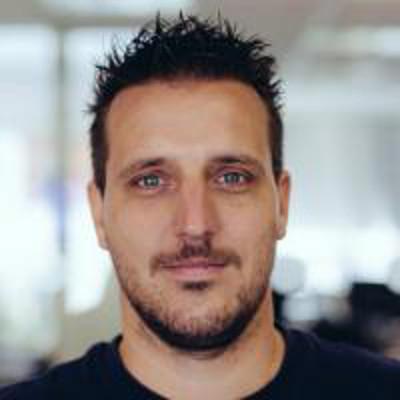 {!false}
It is funny because it is true
Home Blog's story
Post
Cancel

Super, is storytime. This blog started on digitalmonkey.gr domain with tutorials around computer stuff and more focused on Windows OS. Was meant to be read by Greeks so it was written in the Greek language only.

Just checked WaybackMachine (yeah there is a site that archives all sites) and it has 4 snapshots of that old blog (yeah only 4 unfortunately) so we will assume that blog started in the year of 2007 (Snapshot). I might have started it way before that but because of my bad memory will stay with the facts

The blog lived for a year or two. Yes, people were reading It (yes I had readers doh), also I had people who went and stole the contents as is and introduced them in their sites or forums as their own. This is how I recognized that my content was good or missing, in general, from the internet.

This is a good sign, people will search the internet to learn or find a solution to their problems or even find a different opinion on something they already know. People still reading blogs and not only watching videos to learn things (the likes of youtube videos). While stealing content isn’t good, it is acceptable when you include the source and gives kudos to the creator.

My blog was hosted on a friend’s server and one sunny morning the blog disappeared. I called my friend and he told me that the hosting company who was behind the server disappeared. He also lost whatever he had on that server too. I was young and not that experienced at the time (you can also call me lazy) and I didn’t have any backups of my blog. Also, my friend didn’t have any backup/snapshots of his server. Unfortunately, we both end up with nothing from our data and had to start from scratch again. That was a wake-up call for me and since then I am always saying to myself “whatever you do, think how you will back it up and implement that first”. We also tried to contact the company and retrieve at least (at our costs) the hard drives but no one was answering any calls or emails anymore.

That was it, that was the end of my very first blog and never find the ‘courage’ or time to start a new one again. Maybe I was so annoyed from losing all the content of my blog! But never say never, here I am writing a new blog. I still don’t know what the content will be on this one but I know why I started it.

The idea behind this is simple. First of course I would like to share what I m doing or discovering in my everyday developer/tinkerer life and also make use of some technologies that I haven’t used enough that I wanted. For example, I am writing this very ABOUT page in NeoVim using an old Nexus 7 tablet (let’s say I will make a post of this at some point) and also, I have never used ruby on rails before and Jekyll. I hope by doing this, I will get more experience on all of this plus more.

That was my blog’s history, hope I didn’t bore you to death with it. Now, let’s look to the future of this and always remember to BACK UP YOUR STUFF!

The `Cloud` is upon us

The Cloud Fancy technology words! DA CLOUD !~!@~!1 but what exactly does that mean? What is Cloud? Where is it? Will it rain bytes? Brace yourselves, a storm is coming. Some will say it's someone...

Google Cloud what ??? Shell, well hello there! Shell as the command-line interpreter. Yeah, a shell is a program that processes commands and outputs the results! You can interact with a shell thr...

The `Cloud` is upon us